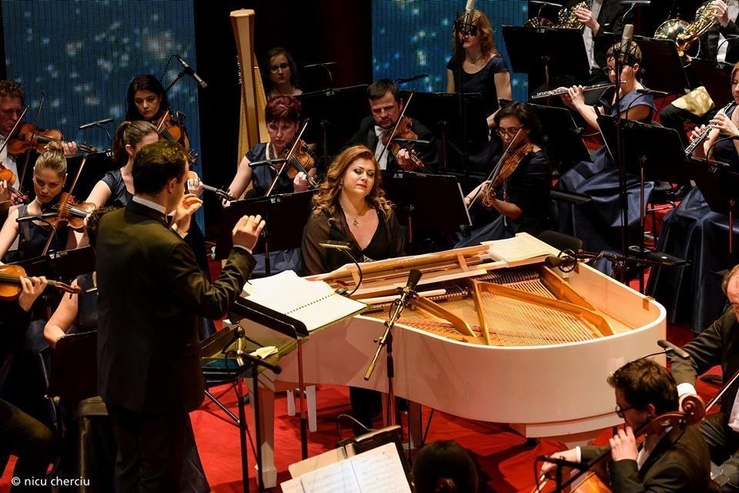 Ioana Lupascu was born in Romania in 1977, she started studying the piano at the age of four and performed for the first time in public when she was six years old. In the seventh grade of school she moved to Bucharest in order to study the piano at the Musical Highschool “George Enescu” with prof. Lucia Teodorescu. Besides studying and participating in various piano competitions, she performed in recitals-piano solo and chamber music-in different cities in Romania and abroad. 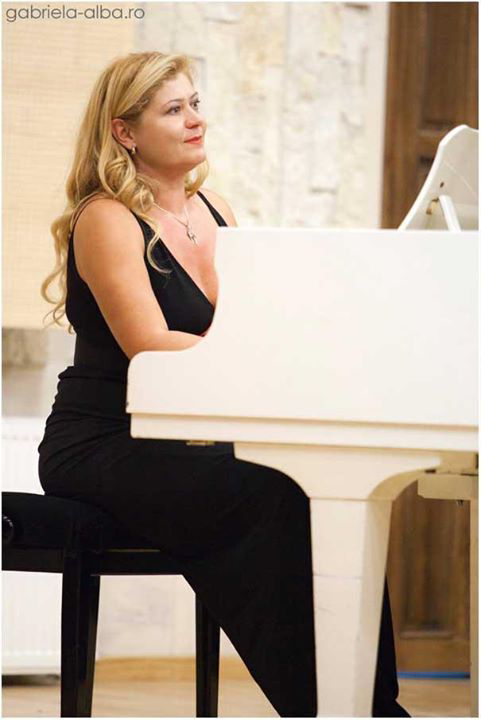 In 2000, she graduated from the Conservatory of Music in Bucharest, then she continued her studies in Switzerland at Conservatoire du Lausanne -where she took her master in Virtuosity Level - but after 3 months , she moved to Italy, became student of the great pianist Lazar Berman at Accademia Europea di Musica.Three years after graduating Master in Soloistic Performances, she continued working with Maestro Berman until his death, in February 2005. The musical meeting with the great pianist helped her enrich her means of expression, her virtuosity, sound, and depth and Maestro Berman defined her “ beyond any doubt a soloist with huge technical and artistic possibilities .” In 2005 she moved back to Romania and also worked with Valentina Berman, Dag Aschatz, Lucia Teodorescu , Luiz de Moura-Castro.

Winner, finalist or prize awarded at different national and international piano competitions, among which: "Golden Lyre" Suceava, "Konzerteum" Greece, " Mihail Jora" Bucharest, the Romanian National Piano Competition, "Ferdi & Lili Statzer" Istanbul Turkey - where she was also awarded with the "Vedat Kosal" Prize and so on so forth. She didn’t feel attracted to competitioning and she started her carreer as a concert piano player.
She performed recitals and concerts in Romania (where she played in front of almost all philharmonic orchestras: Bucharest ( Radio National Orchestra and Bucharest Symphonic Pops ) , Ploiesti, Bacau, Botosani, Cluj , Craiova, Tg. Mures, Arad, Iasi, Timisoara, Sibiu, Galati , Targoviste , Constanta, Satu Mare),
Italy, Croatia, Lithuania, Belgium, Slovakia, Switzerland, Turkey, Spain, Maldives.
She was invited to various festivals such as Paizailis Music Festival Lithania, Opera Gala Cluj, The Great Musical Evenings of Bucharest, FIE Iasi, Iternational Theatre Festival Sibiu, National Theatre Festival Bucharest etc. and shared the stage with famous artists and performers. After a recital in Milan, the musical critics reffered to her as “ a pianist full of virtyosity”.
She played in 2007 at the Atheneum Hall, Bucharest, at "Proms of Delight" – the Eastern Edition, and performed at the International Theatre Festival of Sibiu, European Capital of Culture" alongside great personalities such as Richrd McCabe, Piotr Adaczyk, William Ndylam.

Ioana Lupascu was invited in 2007 to the concert that opened the season 2007-2008 to be the first pianist ever to play with newly formed orchestra “Muntenia” Philharmonic Orchestra Targoviste.

Her official debut in Milan took place in December 2005 for Societa dei Concerti at Conservatorio Verdi and in 2008 she was invited to open the season of Sala Puccini - Conservatorio Giuseppe Verdi , Milano .Ioana Lupascu played in other great halls such as:
Teatro San Babila Milan, Atheneum Hall Bucharest, Radio Hall Bucharest.

Ioana Lupascu is a state soloist since 2007, the piano concert soloist of “Paul Constantinescu” Philharmonic Orchestra Ploiesti .
In 2005, after the recital dedicated to the music of the Romanian composer, George Enescu, at the Festival “Romania: Traditional and Artistical Values" that is kept every year in Milan, she became Member of Honour of the "A.R.I." (Associazione dei Rumeni in Italia) Milan.

In 2007,she released the CD – “Live Piano Solo”( Ed. Libris ) - with works by:
Bach-Busoni, Liszt, Rachmaninov, Silvestri Mendelssohn-Bartholdy and in 2009 “Piano Recital “ ( Ed. Casa Radio) with works by:
Scarlatti, Chopin, Liszt, Schubert, Skriabin, Rachmaninov, Bartok. Being interested to explore new repertories, she played for contemporary composers such as:
Guy Bacos, Ioan Dobrinescu, Deniz Inan,Raffaele Montanaro, Paolo Campanini , Samer Hatoum , Saeed Sharifian , Luca Tieppo and less played concerts such as Liszt- Concerto Pathetique for pianoforte and orchestra and Addinsell- Warsaw Concerto. She was often asked to perform the premiere of a musical composition and there are many composition dedicated to her.

In 2011, she started music - poetry shows with actress Daniela Nane and in 2012 classical music-flamenco dance shows SEDUCCION, followed in 2013 by "The piano that dreamed about flamenco" in Italy and in Romania. In 2014 she started performing together with countertenor Cezar OUATU in different shows:
"Musical Jewels" and "Jazz Cafe". And in 2014 she performed her project PianoTango.
In 2015, she performed in a tour PASCAL HARMONIES together with Daniela Nane and in 2016 their show became THe PIANO WITH POEMS.

In December 2012 ,Ioana Lupascu was invited together with violonists Romel & Victoria JOSEPH to perform for the International Human Rights Day in United Nations Palace in Geneva, followed by other performance in Paris.

In 2017 the quarttet Gaudeamus invited her to celebrate on stage their 30 years of activity anniversary.
Ioana Lupascu composed and interpreted music for documentaries broadcasted at Digi World channel.

Besides music, her wide ranging interests include literature, and so, for three years, while living in Italy ,she had been a correspondent journalist from abroad to a Romanian daily magazine, "Monitorul".She released in 2008 her first non-fiction novel “ Printul Baghetei” ( Ed. Meteor Press ) and since 2009,she published cultural and musical articles for different national publications, from which the most important : QMagazine ( from 2011)..

The press called her " a force of the new generation", or "her spiritual universe is launching calls like a mythical syrene ", " avalanche of pathetic eloquence", " the intensity of life that she knows to play is the secret of her superior level of art construction" , "excellent pianist and a craftswoman who could bring the highs of music to her best", " she has perfect control of sound and she posses the inner power of playing with her bare soul on the keyboards", " magnifica da cappo al fine"

Click here to listen to some of her performances