Sofia Soloists is one of the oldest European Chamber Orchestras. The orchestra was established in 1962 by a group of young musicians from Sofia Opera in Bulgaria. Their first concert in March 1962, conducted by Michail Angelov, attracted the immediate interest and sympathy of the Sofia audience. Soon afterwards they began touring abroad. 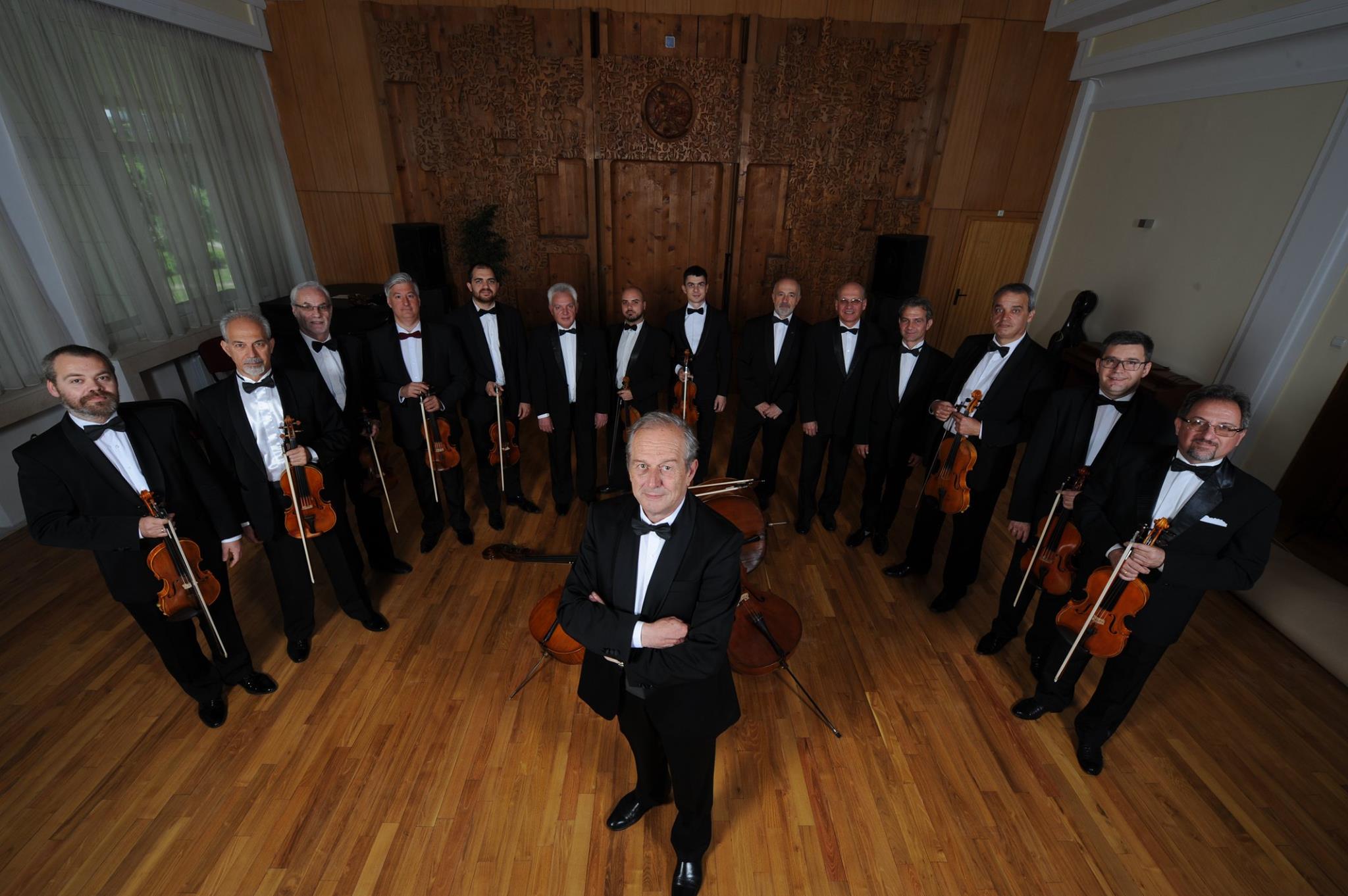 Three conductors have played an important part in the orchestra’s development and in the creation of their very special sound: Vassil Kazandjiev (1964-1978), Emil Tabakov (1979-1988), and the current conductor Plamen Djouroff, who has directed the orchestra since 1988.Picture
These long musical relationships have been a significant factor in the orchestra’s growth.

For 50 years The Sofia Soloists Chamber Orchestra has performed over 3000 concerts all over the world. They began by delighting audiences at major festivals in Germany and France, and today enjoy great
popularity at many other European festivals such as San Sebastian and Santander (Spain), Zagreb and
Dubrovnik (Croatia), Città di Castello (Italy), Louvain (Belgium), Bergen (Norway).

The ensemble has toured many countries, mainly in Europe, but also the United States which have visited ten times; 3 tours of South America; 14 tours of Japan; 7 of Korea; India, China, Singapore, Malaysia,
Indonesia, Philippines and Australia.

Among the names of the internationally renowned musicians of the past, who have performed with the orchestra are those of Henryk Szeryng, Daniil Shafran and Nicanor Zabaleta. In recent times they have worked with Nigel Kennedy, Heinz Holliger, Patrick Gallois, Albrecht Breuninger, David Walter,Carlos Barbosa-Lima etc.

The orchestra has more than 600 works in its repertoire, ranging from baroque to contemporary music.They have premiered over 100 works, some of them written especially for them. Their discography comprises over 60 CDs, with many of them available online through Amazon, Naxos and ArkivMusic.
Some of their most brilliant repertoire has been published by Sony Classical-BMG, Harmonia Mundi,
Columbia, Denon, Decca, Centaur Records, SABA, Victor and Gega New.

To enquire about Sofia Solists Chamber Orchestra and booking for concerts, tours, fill the contact form in the contact page and will reply back within 12 hours.