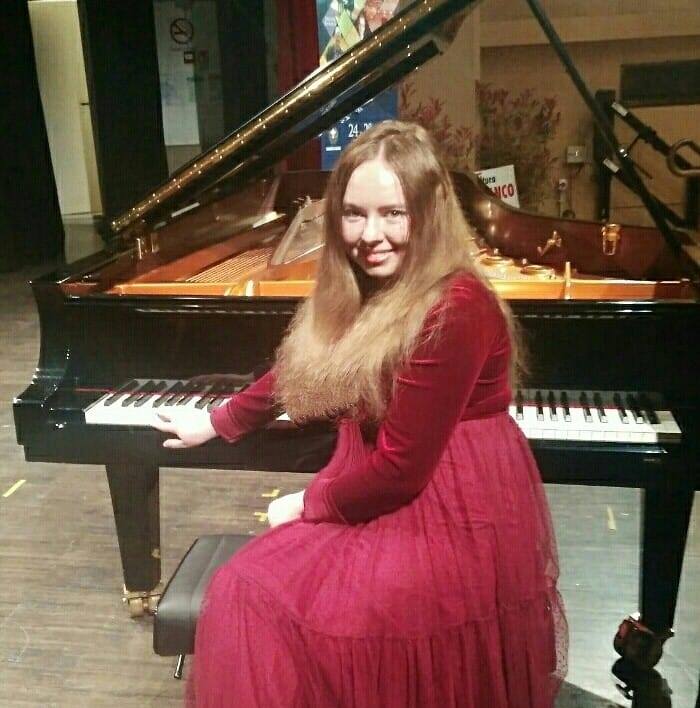 Tetiana is the prize-winner of about 20 International piano competitions.
Among those prizes are:
– 1 award of Concours International de Piano France-Amériques (France, Paris, 2019)

She has performed in some of the most prestigious concert halls of Europe, South and Nord America, Africa, Asia and Australia, including

Congress Hall (Gabala, Azerbaijan) and many others.

She performed with many orchestras and conductors, such as maestros D.Yablonsky, H. Earle, F. Krager, G.Glinka, M.Dyadyura, M.Anamammedov and many others.
Recorded for radio and TV productions of the Italian,Israeli, Spanish, Ukrainian.

Graduated from the Lysenko Special Music School and the Tchaikovsky National Music Academy of Ukraine with A. Vasin (2012) and O.Yablonskaya Piano Academy with prof. Oxana Yablonskaya(USA-Israel), from 2013-2017, Spain-Israel.